A Return to Bluffing – Without Losing Your Cool!

Bluffing is something that can be good or bad depending on the game at hand, but not knowing how to bluff is a grave error in the world of poker. Every time you sit down to play poker, you should assume that at least one person is trying to bluff you out. You won’t naturally know who that one person is, or if it’s even one person. You should assume that everyone can and will bluff you at one point or another.

Let’s learn how to join the bluffing crew without losing your cool, shall we?

First and foremost, you shouldn’t feel bad about bluffing. There’s a psychological element to it. Bluffing helps you keep your opponent on their toes and it also scrambles up their game some. When they don’t know what to expect from you, they can’t plan against you. If you want to win big money at poker, this is really one of the most important tactics that you can learn. 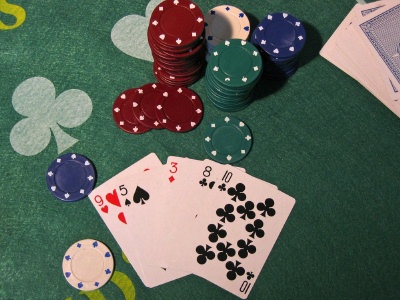 If you’re not sure how you should bluff, you should start with aggression. People are less likely to challenge you when you push in hard, because they don’t want to lose anything. If you’re talking about newer players, this is even more true. If you don’t have anything solid and you know that, pushing when you have a nice big chip stack to fall back on can scare off more new players than anything else. On the other hand, if you know that you’re up against stronger players, you might want to make sure that you’re not bluffing too much.

How do you catch someone on the bluff? Well, you need to look at the number of potential outs they would have in relation to you. For example, if you have a strong hand, they could have a stronger hand in some cases — but if you really have a beast of a hand, it’s worth it to go ahead and push in. Going all in can even signal to the other person that you’re not someone to toy with. It just depends on the game at hand.

Remember that you don’t have to bluff all the time. In fact, bluffing gets overused way too much by players and it creates a weak game because you’re more worried about bluffing than your opponents and what they might have.

If you step back and focus on the mechanics of poker, you’ll find that bluffing is definitely a good tool. However you shouldn’t throw out the other facets of playing poker just to say that you were playing a bluff game. It can show signs of weakness if you tap the bluffing well too often. Don’t worry if you don’t do so hot the first couple of games — practice makes perfect, and that’s true for bluffing too!