The Recent US Online Poker Shut Downs are Damaging

The recent shut down of US online poker rooms has affected a huge number people in America. Apart from in a few regions, such as Washington, online poker playing is not illegal for most Americans. The DoJ are enforcing an obscure 2006 law that sates it is illegal for financial organizations to move money between US citizens and offshore companies that provide online poker. It is quite clear that this money was being transferred. The US authorities set up a fake company to process payments so that these transactions could be proven, online poker company executives could be indicted and funds could be seized.

Many see these shut downs as an infringement of privacy and the government interfering in the daily lives of US citizens. People are angry as their ability to make their own personal choices has been impacted upon. The lottery and other forms of gambling are allowed to continue for example. The companies that have been indicted provided a service that was in demand and the majority of their customers were pleased with the service that was provided many will argue. 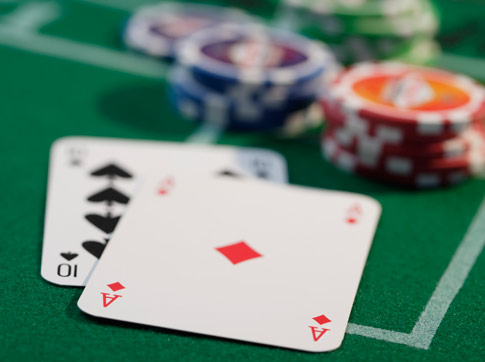 Many Americans are very angry that they are effectively being told what they can, and cannot do, with their own money in the privacy of their own homes. Americans have long prided themselves on being a people who embrace free choice and also the free market. They believe that nearly an entire industry has been shut down because of the decisions of a few.

Most poker players do not need protection from the government and the vast majority of players do not live off the money they generate from online poker. This form of gambling is a hobby and something to enjoy at the weekend. Unlike casino poker, the online variation can be played with small amounts of money with many games have nickel and dime limits. It is a cheap form of entertainment with no travelling expenses.

The online poker industry has actually called for the federal government to introduce taxation and regulation. The government has done nothing to answer these demands so foreign businesses have benefited. Now the government has made it difficult for these foreign companies to return money that is owed to US players.

The shut downs have had a knock on effect on other businesses connected to online poker. Most Americans agree that individuals and companies should be allowed to make their own choices, within a legal and regulated industry, without the interference of the government.

Where to Play Poker: Wagering in Online Casinos vs. Internet Poker Rooms

Poker Without End – Only Online!