Getting Clarity about the Tight Aggressive Player

Trying to get better at poker is often a matter of analytics. If you’re not analyzing hard data, then you’re analyzing soft data. When it comes to soft data, you have to look at the way other players are playing. Finding weaknesses in their game allows you to change your strategy so that you’re able to actually get money out of them. Increasing your profits this way might sound shady a complete newbie to the game, but veterans have done this for a very long time. It is very likely that they will continue to do so. From here, what you will need to do is make sure that you’re looking at a few player types above all others.

The tight aggressive player is something that we’ve discussed in the past, but it’s time to get a little more clarity on it.

You might believe that the tight aggressive is just like the loose aggressive. However, that’s not the case at all. What you need to know is that the loose player goes into just about any flop that they can. However, the tight aggressive player will not continue with a flop that doesn’t hit him or give them a few outs to look at. The tight player reads his opponents like a book and see who is willing to take the bait at times.

The TAG is also a blind stealer of massive proportions. If they know that they can make you pay to play and you do it, you’re going to lose your chips in a hurry. They will be selective about which hands they play, so if you’re in a hand with a TAG that you’ve identified — watch out. They can show their aggression very quickly. 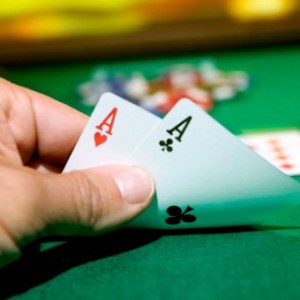 Bluffing is part of the tight aggressive arsenal. However, that doesn’t mean that you can bluff in return. The minute that they realize that you’re bluffing, the game is over. They will call you out in a hurry knowing that you’re willing to play with trash cards.

Tight means just that — tight. The range of a tight aggressive player might not be very big, but that doesn’t mean that they can’t be destructive. It’s just a matter of thinking about the game in different “dimensions”, if you will.

There’s a “dimension” of play that means the TAG will steal blinds, push weak players around, and scare off passive players that are hoping for a lucky flop / board.

You can’t play on luck. You have to start playing on skill. And for the love all things strategic, do not allow yourself to play on tilt. Tilt with a TAG is dangerous. You might end up breaking your entire bankroll just to try to get back at one of these players. Not the best move in the world. You just have to get things in motion. Calm yourself down and realize that it’s going to be a battle of wits as well as a battle of cards. There’s no point in letting yourself get worked up.

Good luck — the tight aggressive player is a force to be reckoned with, but trust us — there’s weaknesses involved that you can exploit.